Hello all, my name is Martin Schwarz. I live in Northern Germany. I have been in contact with some of you on Facebook and by email. Thank you for all the advice, I got so far. Gunnar Alaeus has expressed interest in the rebuilding process for you webside. I can say it has been a very busy off season with my 606. Here is a short report with some pictures.

When I found the boat in September 2021, she was not in a good condition at all. The previous owner had abandoned her in the water. She had been taken out of the water and stored for some time. She had also suffered some damage to the deck. The discussion was about wrecking her, but I thought that would be a waste of what looked like a fun boat to sail in.

From work I know some people who serve in the Royal Swedish Navy and I found out, that they are using the 606 to learn sailing. That indicated a sound and safe boat to me. So the decision to revive her was an easy one.

As the pictures show, many shells on the underwater part and the inside had been under water for a while. So first she had to be cleaned to see what the hull looked like, put on a trailer and transported home to start to assess the amount of work ahead of me.

I started to try and identify the boat and find out the year she had been built as there were no papers. Thanks to the class rules I found the number and with the help of the Swedish class association I found out, that she had been produced in eastern Germany in the 1970ies. I researched about possible shipyards and contacted a few of them. But they did not keep the records, so the year and yard will remain a mystery.

After scratching the shells of, it became clear that there where small spots with osmosis in the underwater part. I scraped all the underwater paint off, sanded the spots, gave them time to dry and covered them with epoxy. The keel was very rusty and had to be thoroughly cleaned. All the deck fittings had to come of too. One goal was to keep her as original as possible, so I used the dark evenings in winter to clean and repair all the deck fittings. I managed to keep all but very few of them.

The inside of the boat was not in a much better shape. It had to be cleaned, dried and sanded. This also took some very busy days. The wooden parts had been covered with varnish, that was not really easy to remove. But a lot of sanding, multiple treatments with teak cleaner and a number of layers of oil put them back in shape.

Next, I started to research about the keel bolts. I was not sure, if the old ones could remain in place, but after some discussion with boat shops, I decided to leave them for now. The advice in the FB group had been to replace them, but that would have required a proper workshop and a lot more.

After a lot of scratching, sanding and the application of a lot of epoxy and putty it was time to think about new paint.

First, I started to rebuild the underwater paint properly with a layer of gelcoat protection, 3 layers of primer and finally 3 layers of antifouling.

The inside of the boat got 2 layers of primer and 2 of varnish in a light grey.

For the top I decided on an off white and dark blue, same as for the hull. Again 3 layers of primer and 3 of varnish.

Next the sails had to be looked at. They are not competition quality anymore, but will suit me well for the next few years, as I get used to sailing the boat. I had them cleaned and impregnated. The sailmaker checked them and said they’re good to use, the spinnaker needed minor work.

Mast, boom and spinnaker boom had to be sanded and it was not easy to find a paint that was suitable, again a lot of internet research….and as I think, a satisfactory result.

The previous owner had screwed additional cleats to the deck. All of them had been ripped out when the boat filled with water without being taken care of and left sizable holes in the deck.

After all I had her ready to go for the easter weekend. I found a berthing, that is not very easy in Germany at the moment as the pandemic has led to that a lot of people to buy boats and all the spots are taken.

So she was launched on Easter Monday, I was happy to see her afloat again. Now I’m learning to sail her properly. Finding out the right trim is my actual task at hand. And I might get to try a race or two, not a 606 class race, as there are very few of the boats on this side of the Baltic, I have learned of two of them being used in Bavaria on the Ammersee.

Special thanks to Gunnar Alaeus from the Swedish class association, Johnny Billström for the class rules and a trimming guide in Swedish that I am still struggling with and Pelle Lindell for his knowledge that helped identifying the boat. 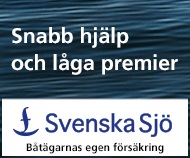